Martin works with leaders and coaches who are exploring how to make a positive impact in these turbulent times.

He provides reflective space in which to bring self-knowledge and ecosystemic perspectives to complex challenges. The process pays attention to your world and the wider world. It’s a space in which to unknow old certainties, to cultivate self-compassion in the face of difficulty and to allow freshness and creativity to emerge.

Martin’s approach draws on enquiry skills honed in journalism, coaching and strategy development and a career-long interest in the role of organisations in society. Outcomes for clients may include more grounded resourcefulness, enhanced ability to influence within their networks and a propensity to take wise action, guided by ethical maturity.

Martin’s coaching is mostly focussed on leaders in the media, higher education and the cultural sector. Media clients include Sky, the Telegraph and The Guardian. In higher education, he works with clients from vice-chancellor level to heads of school including in King’s College London, Leeds University and Exeter University. Martin has coached senior professionals in a wide range of cultural institutions including British Library, Tate and Almeida Theatre. As a Fellow Coach with BetterUp, he has worked in fast-growing global companies and start-ups.

As a supervisor, Martin provides reflective space for coaching practitioners both one-to-one and in group settings. He works with independent professional coaches as well as supporting internal coaches who are usually offering coaching in addition to their functional responsibilities in organisations. With Hetty Einzig, Martin facilitates ecosystems supervision groups. This is an innovative approach that fosters awareness of the ecosystems in which we all are located and the influence we can bring to bear on them as individuals. It encourages an integration of one’s identity as practitioner and citizen.

Martin spent 20 years in broadcasting, mainly in the BBC. He began his career as reporter and news editor and later worked in BBC News as a strategy advisor and on developing new digital services. Prior to founding Vogel Wakefield with Mark Wakefield, Martin ran his own consultancy practice with clients ranging from start-ups and SMEs to large corporations and media clients overseas. He has worked with NGOs, such as Amnesty International and Action Aid, politicians from diverse parties, and senior leaders in local government in a number of London boroughs. He is a volunteer mentor with House of St Barnabas, which supports people who have experienced homelessness to find work.

Martin gained a Master’s with distinction in coaching from Oxford Brookes University, where he developed a research interest in the influence of stories on our sense of self. He qualified as a supervisor with the Coaching Supervision Academy. He has other professional coaching qualifications from i-Coach Academy and the BBC’s coaching network, an MBA from the London Business School and is a trained instructor in mindfulness meditation. Martin is a member of the Association for Professional Executive Coaching and Supervision and subscribes to its code of ethics. 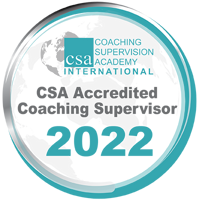