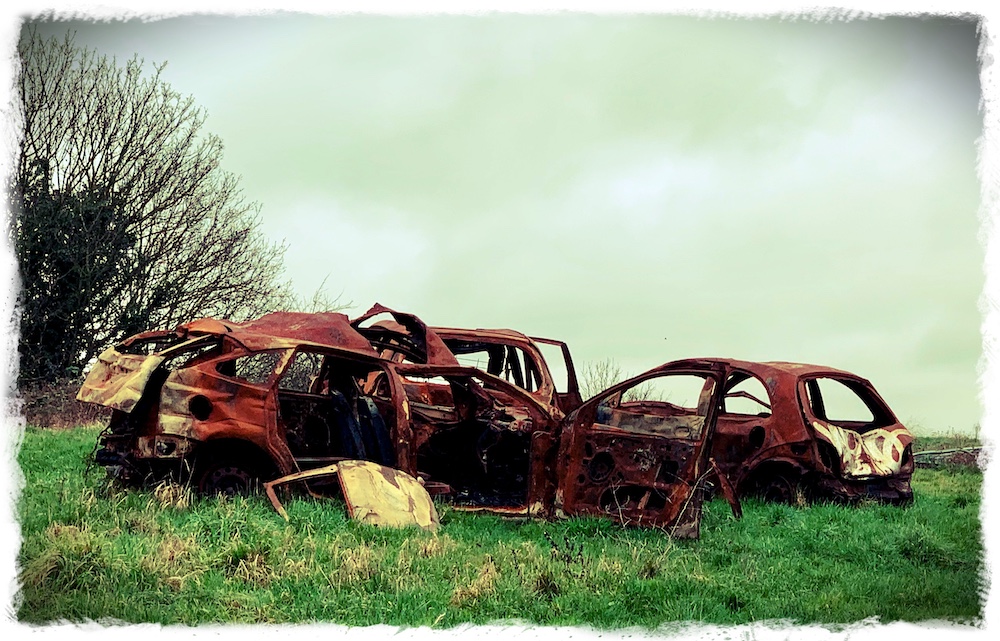 Consider instead what the strange and dislocating circumstances of lockdown told us about the state in which we live. Recall those empty supermarket shelves (and shudder at what they foretell about the likely resilience of supply lines when Britain’s transition arrangements from Brexit end in January). Recall that the insistence that we needn’t wear masks seemed to be motivated not so much by scientific evidence (of which there was little either way) as by concern that there simply wouldn’t be enough to supply the whole population. Most telling, perhaps, remember that the whole premise of lockdown was not so much about savings lives as preventing the NHS from collapse – an inversion of the presumed purpose of health policy. Indeed, as Will Davies has noted, when Boris Johnson emerged from his brush with Covid he all but insisted that the disproportionate loss of human life experienced in Britain had been a price worth paying to protect the NHS.

One of the main purposes of lockdown should have been to buy time to put in place the systems and logistics a society needs in order to function while minimising the spread of infection. But the British government treated lockdown as its main weapon in battling Covid and failed to establish robust defences. Instead of building on the established centres of public health capability distributed around the country, it centralised and delegated its mission to it cronies. In the latest failing of its test and trace system, an elemental lack of understanding of the constraints of an Excel spreadsheet has meant the centralised error has had national implications instead of being isolated in one locality.

It is commonplace to reflect that the incompetence we are witnessing is the price we pay for choosing a prime minister who picked his cabinet for their ideological loyalty rather than their capability. As Aditya Chakrabortty puts it:

“These chancers bring to the state no imagination, nor any idea of how to mobilise its resources. Their main skill is looting it for money to give their mates in the private sector, while blaming it for their own fatal mess.”

But perhaps the very fact that we have a government of such a hue is, in itself, a sign of Britain’s undeveloping character.

Britain, once considered a beacon of democratic maturity and the rule of law, now has few antibodies to prevent its descent into the kind of polity more associated with nations trying to establish liberal systems. This has been evident in Parliament’s engagement with Brexit – from its premature endorsement of the invocation of Article 50 to its most recent vote in favour of the bill that would allow the Government to renege on its withdrawal treaty with the EU. The constitutional commentator David Allen Green notes that, whether or not the Government decides to use this power, Parliament’s countenancing of the proposal betrays a lack of seriousness (£) in Britain’s political institutions.

This is also evident in the recklessness with which the Government has brought us to within three months of the implementation of Brexit with still no clarity on what lies beyond. Michael Gove, one of the architects of Brexit and now in charge of no-deal planning, is reported to be “terrified” (£) at the implications of a no-deal Brexit coinciding with a second wave of Covid-19. Does he grasp that the roots of such a crisis, should it come to pass, lie back in 2017 in immature talk of no deal being better than a bad deal?

Britain’s isolation from its European partners will leave it vulnerable to pressure by powerful states that is more usually associated with weak and developing nations. In these circumstances, not just cronyism but outright corruption becomes a concern. Indeed, the political blogger who goes by the name of Cicero, says we are already likely infected:

“It would be safe to assume that a significant and ongoing Russian subversion operation against Britain has been active for several years and that it is likely that similar bribery and subversion techniques proven to have taken place in other Western states have been used against us… In Britain close personal relationships between proven Russian intelligence operatives and several domestic political figures, such as Alex Salmond (employed by Russian propaganda channel RT) and several leading Conservatives, including significant financial contributions by Russians to the Conservative Party, is and should be, a great concern to us.”

The SPERI authors argue that Britain needs to change its conception of itself and orient political and economic strategy to becoming a development state – learning from the likes of China, South Korea and Brazil. But the signs are that our political leaders don’t even recognise the problem. With waffle about world-beating, global Britain, all they offer is a contradictory melange of low-tax, minimally-regulated stringency combined with vanity moonshot expenditure and vague promises of levelling up. Politicians may be stuck in a time warp, but the UK’s predicament is not lost on investors – whose behaviour indicates that they view Britain in much the same terms as they treat an emerging market (£).

For the rest of us, we need new mental models and fast. Leaders should be investing significant time in imagining possible scenarios and making plans for diverse outcomes. While the attention of many is understandably on navigating the current crisis, the discussion about where we are headed is too rooted in historic (but perhaps now invalid) assumptions about Britain’s cohesion and stability. On top of challenges like the pandemic and climate change, Britain is piling home-grown factors which inhibit its ability to function as a capable, modern state. A decade of austerity partly explains the state’s incompetence. But it also fuels polarising politics – which will only worsen as the size of the economy shrinks. With a Scottish election on the horizon, the very characteristics which make Britain resemble an undeveloping state also drive the possibility of the break-up of the UK.

If Britain is at an inflection point in its development, perhaps there is hope in this coinciding with the climate emergency. Could the world’s first industrial society become one of the first post-carbon ones? This would take a wholesale refashioning of our economy and politics. But this is a similar scale of transformation as that achieved in recent decades by development states.

The future, by which I mean the very near future, brings only insecurity, uncertainty and the unknown. Britain still has many riches and advantages, among which is an educated population. The sooner we awaken to our current reality, the more effectively can we shape the choices ahead.