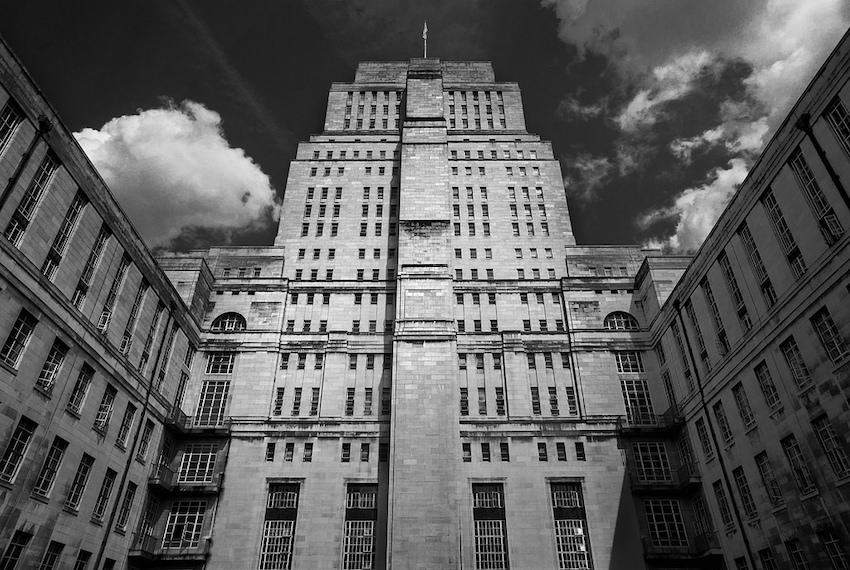 Owen Bennett-Jones’ account of bureaucracy in action at the BBC is a case in point. He describes a news organisation whose correspondents refuse to file for programmes that they feel are beneath them and a broadcaster that drives the most talented documentary makers into the arms of rivals because its commissioners can’t take a decision:

“Ever since the series W1A appeared, BBC managers have become a national joke. The problem is structural. Many start out as capable and engaged producers but they can only win promotion by showing ever greater degrees of editorial caution. By the time they reach senior positions, many view the journalists beneath them as lazy, editorially unreliable malcontents.”

It behaves, in other words, as if run by secret agents of its opponents: instead of encouraging enterprising, independent journalism, it will often choose caution instead. It does this for understandable reasons: to avoid undermining political support for the licence fee. But if, in so doing, it fails to deliver groundbreaking, public service output, then what is the point of the licence fee?

A similar dynamic operates in the NHS, where managerialism and financial belt-tightening result in a health system that is among the best in the world for efficiency but among the worst for health outcomes.

In the tech sector, Google exists to create access to the world’s information but ends up colluding with the authorities in China to restrict it. Facebook ostensibly exists to connect people with each other but becomes a vehicle for, as Carole Cadwalladr puts it, “the monetisation of fear and hatred and lies”. And, incidentally, democracy’s inability to counter the influence of bad actors subverting social media to throw elections is another instance of Conquest’s law in action.

In the case of the Labour Party, Conquest’s law might literally be true. As Nick Cohen pointed out this weekend, Labour’s blatant failure to oppose the Government’s disastrous approach to Brexit – and its pursuit instead of revolutionary defeatism – can be understood only in terms of the Corbyn faction’s allegiance to traditions hostile to Labour’s founding purpose of social democracy:

Corbyn wrote for the Morning Star, the newspaper of the old Communist party, which managed to carry on being pro-Soviet even after the Soviet Union collapsed. His Stop the War coalition was founded by Trotskyists from the Socialist Workers party and Islamists, an alliance of believers in the one-faith state and one-party state, as some of us noted at the time. Seumas Milne, his director of strategy, was a member of Straight Left, a tiny faction that allied with the hardline communists. Corbyn’s senior political adviser, the Scottish aristocrat Andrew Drummond Murray, was on the executive committee of the Communist party of Britain.

The Conservatives mirror Labour in betraying their purpose. The political philosopher, Michael Oakeshott, famously said the purpose of conservatism was:

“To prefer the familiar to the unknown, to prefer the tried to the untried, fact to mystery, the actual to the possible, the limited to the unbounded, the near to the distant, the sufficient to the superabundant, the convenient to the perfect, present laughter to utopian bliss.”

What would he make of a party in the grip of adventurers, hellbent on driving their country into an ideological experiment whose benefit is so speculative that the Government is planning the deployment of troops to mitigate its public order implications? An insightful essay by Lyndsey Stonebridge – drawing on Hannah Arendt’s work on the banality of evil – sheds light on what’s going on when Conquest’s law is in play. She observes that Brexit is being driven by thoughtless slogans masquerading as solutions (sovereignty, WTO terms and so forth):

“This kind of thoughtlessness is aberrant not just because of the suffering it causes, but because failing to think is also inhuman. By thinking, Arendt does not mean being super-good at reasoning things through, or having some kind of genius. She means, quite simply, the two-in-one conversation we all have in our heads with ourselves pretty much all the time. Everyone thinks. It is the human condition… Above all, thinking is a moral consideration. This is for two reasons. First, because thinking is the conversation we have with ourselves it is also where we discover our conscience… Second, because thinking involves hearing another voice, it is also how we get to engage our minds with the rest of the world. To think is also to think from the perspective of another person.”

Behind Conquest’s law lies the glib hand of the apparatchik whose thoughtless application of abstract reasoning turns organisations from collectives of human endeavour into inhuman machines. Instead of the hard work of engaging in reality by trying to do simple things well, they try to simplify reality with strategies that sound beguilingly easy but are formidably complex (if not nigh on impossible) to pull off. Empathy is crowded out in pursuit of fantasy and conformity.

Organisations end up seeming to be controlled by their enemies when, sometimes with good intentions, they turn themselves into enemies of human values.