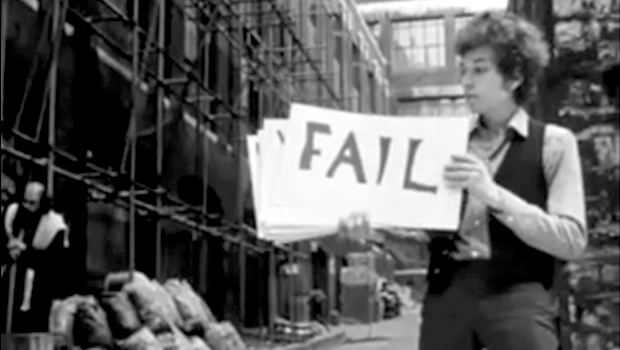 I have come across this in relation to the practice of mindfulness and with respect to how to practice as a coach or supervisor. Before long, this kind of thinking will be infecting organisations and letting leaders off the hook for all sorts of things. The idea has a beguiling appeal and sounds like it’s in the same terrain as constructs that are helpful to dealing with a complex world. But, in fact, it’s opposed to them. Some years back, Kathryn Schulz published a book called Being Wrong which called out our aversion to error. Fear of being wrong, she argued, was itself an error since appreciating our mistakes is fundamental to learning.

Some years before that, David Snowden and Mary Boone published their framework for decision making which suggested that being prepared to make mistakes was a core disposition for leading in complexity. This is because complexity is defined as a scenario in which it is impossible to know in advance which is the right path to take. The art is not to avoid error, but to fail quickly enough to correct course before error becomes too entrenched.

Carol Dweck’s work on the growth mindset has shown that those who are open to failure do much better in their development than those who are motivated to avoid mistakes.

All these thinkers normalise getting it wrong as an inevitable and necessary part of leading and learning. They help take the stigma out of error. They’re not denying that in the face of error we need to change course. But they help us meet it with a sense of ease.

But if we allow ourselves to get more comfortable with being wrong, it’s easy to see how we can slip erroneously from there into the denial of error. To do so is to fall back into the flailing around in our certainties that Kathryn Schulz was critiquing.

In Insight Dialogue, Greg Kramer invites us to tune into our intuitive sensing and trust emergence. By this he means that if we pay enough attention to what is happening in the moment, we can trust that we will find within ourselves the right response to what is before us. This is not to deny that we might make a wrong call. He is discussing being in relationship with another person mindfully. In this context, even if the content of our response is off kilter, our orientation of compassionate respect for the other helps us to absorb miscues with elegance. Trust you will get it right. Accept that you might get it wrong.

Learning, as Michael Cavanagh reminds us, happens at the edge of chaos. This is where our familiar constructs get challenged, where we enter a zone of discomfort in which we realise there may be another way of viewing things. Being wrong is frustrating, but that too is a spur to learning.

“You can’t get it wrong” simply doesn’t square with my experience. When it is said about mindfulness meditation, it may be meant as a helpful scaffold to invite people into the practice. But mindfulness ultimately is a cultivated discipline of paying attention. Noticing how one’s mind wanders is part of the practice. Sitting while mindlessly letting the mind wander is something else.

Applied to coaching and supervision – or, for that matter, leadership – “you can’t get it wrong” is positively dangerous. People get it wrong all the time. Sometimes the implications are trivial; sometimes serious. The art is to recognise one’s misstep as quickly as possible and work out how to change course. It calls on reserves of self-compassion to admit to oneself and to others that you have got it wrong. And sometimes you are not met with compassion in return. But there is learning nonetheless to be gained.

But even this is too instrumental a way of looking at things. One of the themes that emerges from Kathryn Schulz’s book is that to deny the possibility of being wrong is to close off an intrinsic part of being human:

“We miss out on the wrongness itself. If the ability to admit that we are wrong depends on the ability to tolerate emotion, it is because being wrong, like grieving or falling in love, is fundamentally an emotional experience. Such experiences can be agonizing, but the corny truism about them is true: if you haven’t experienced them, you haven’t fully lived. As with love and loss, so too with error. Sure, it can hurt you, but the only way to protect yourself from that potential is by closing yourself off to new experiences and other people. And to do that is to throw your life out with the bathwater.”

Discovering error is how knowledge proceeds. It’s also one way we open to the richness of who we are. It teaches us equanimity as we encounter the gap between our soaring ambition and our mundane limitations. As coaches and supervisors, we are better placed to meet our clients from this place. As leaders, we free ourselves from the absolutist fantasies that make responsibility in organisations so exhausting. To conduct ourselves with the maxim that we can’t get it wrong is to walk towards a state of glib, non-sensate blundering. Better to risk the thrilling prospect of error.