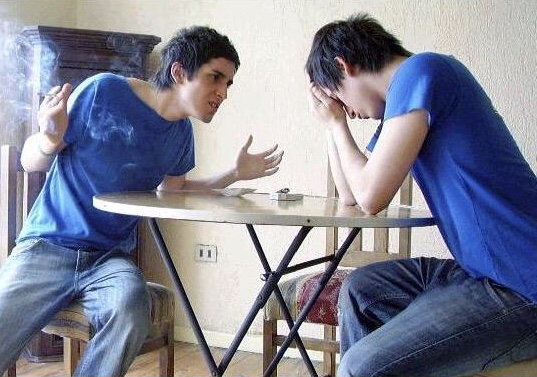 How to give feedback is an issue that comes up with increasing frequency in my coaching work. It reflects, I suspect, a normative advocacy of feedback cultures in organisations. This arouses considerable anxiety among people who feel themselves under pressure to provide feedback left, right and centre. They often hold a belief that, if only they could get the recipe right, they could learn how to transmit feedback and move on.

There are some well-meaning intentions behind feedback culture. In particular, it draws on Carol Dweck’s idea of a growth mindset – whereby people welcome corrective feedback as a platform for their development. But the espousal of feedback can also be oppressive because the linear and mechanistic assumptions around “delivering feedback” ignore the complex feelings it can arouse.

While models of providing feedback have their place, the problem with the “recipe” view of feedback is that it ignores how the “delivery” of feedback will be received by the other party. People are not automatons and the difficulty for people providing feedback is that they can really have no idea in advance how it will land. Simply understanding this can relieve some of the stress for those anticipating getting the feedback process wrong.

There are so many variables: the mood the recipient is in; how busy they are; the environment in which the feedback conversation occurs – quite apart from issues that arise from the feedback itself such as whether the recipient feels it to be fair or true, whether they are predisposed to hearing it from the person giving feedback, and so on. And, as Simon Cavicchia and Maria Gilbert point out, the whole issue of feedback is fraught with questions about whose interests it serves:

Instrumental approaches to feedback, coaching and consulting can drive an obsession with “getting the message right to get the impact right”, where “right” often means alignment with organizational expectations for an individual

An insidious aspect of feedback culture is an implicit onus on people to make themselves receptive to their colleagues’ stumbling attempts to deliver the recipe. Recognition that successful feedback is more than a process of transmission is creating a new emphasis on how to be a good recipient. Douglas Stone and Sheila Heen in their book, Thanks for the Feedback, provide advice on recognising how you may be triggered by feedback and how to take control of the process. This is a step towards understanding feedback as a two-way process. But there’s a risk of inverting the recipe idea, and implying that there’s a consistent approach you can apply to hearing feedback.

In truth, feedback is an exercise in which both parties contribute to the creation of meaning. And it will always be shaped by the context in which it occurs. So both parties need to be alert to what is happening in the moment: how they are feeling, how the other party seems to be responding, what is the underlying truth that they are reaching towards. At this point, it becomes less a matter of giver and receiver and more equal partners in dialogue.

Insofar as models can be effective, they can give the initiator of feedback a basis for optimising how well the process can go. A feedback model provides a template for thinking in advance about what you want to say and the direction a productive conversation could take. But recipe models usually end at the point where the interesting dialogue begins.

One that takes the mystique out of initiating feedback comes from the Manager Tools podcast. What most recommends it is that their process starts with the empowering step of asking permission of someone before you attempt to give them feedback. If the intended recipient demurs, you respect this decision and agree that you will have the conversation at a better time. After that, the recipe is to: describe (in purely factual terms) the behaviour or action on which you’re giving feedback; then describe its impact (the reason why you are giving feedback); and then invite the other party into a discussion about how they might behave differently.

Note feedback can be appreciative or negative and the third step may be about reinforcing a desired behaviour as much as adjusting an undesired behaviour. People often struggle with offering feedback because they think of it largely as making criticisms politely. This might signify that they haven’t given enough attention to expressing appreciation. Becoming fluent at positive feedback is a precondition for being taken seriously when you have negative feedback to discuss.

Remember, the recipe is only a theory about the direction the conversation might take. It is necessary to keep alert to the signals from the other party about how they are engaging and to be responsive to them. Non-violent communication provides a framework to keep in mind as the conversation unfolds – in particular, paying attention to one’s own and the other’s feelings and needs and making requests of each other so as to move towards some kind of alignment.

For someone finding they are being tipped into the receiving end of a feedback scenario, the coaching concept of contracting can be helpful. Before accepting the feedback giver’s gambit, it may be useful to discuss the purpose and parameters of the conversation. Stone and Heen advise grounding oneself in mindfulness to consider what kind of feedback you would find useful and what would help you to open to it.

It should be apparent by now that we have moved some distance from the idea of feedback being a process of transmission designed to elicit a particular outcome from the person on the receiving end. In fact, it is a good idea for the initiator not to be attached to any particular outcome in how they want the other party to respond. Feedback begins as a stimulus to the other party reflecting on what they need to take on board. It ends as a curious enquiry by both parties into their mutual stake in the issue at hand.