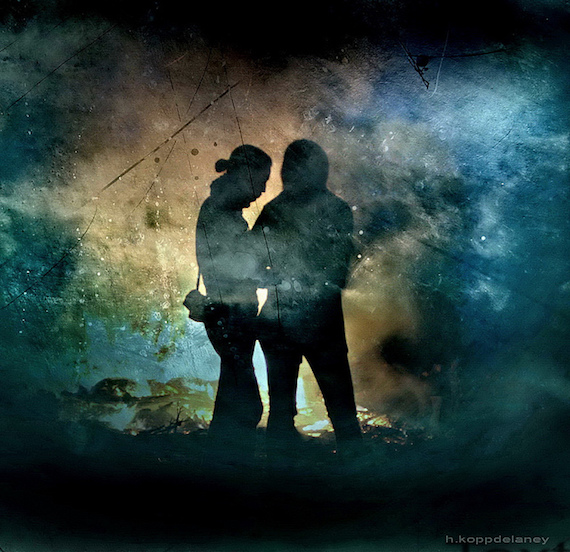 Step back from the righteous anger, David Brooks advises:

“The most powerful answer to fanaticism is modesty. Modesty is an epistemology directly opposed to the conspiracy mongering mind-set. It means having the courage to understand that the world is too complicated to fit into one political belief system. It means understanding there are no easy answers or malevolent conspiracies that can explain the big political questions or the existential problems. Progress is not made by crushing some swarm of malevolent foes; it’s made by finding balance between competing truths – between freedom and security, diversity and solidarity. There’s always going to be counter-evidence and mystery. There is no final arrangement that will end conflict, just endless searching and adjustment. Modesty means having the courage to rest in anxiety and not try to quickly escape it. Modesty means being tough enough to endure the pain of uncertainty and coming to appreciate that pain.”

Resisting the culture of anger is difficult. But, if you can do so when you encounter someone who incites your rage, says Brooks, it not only serves the body politic but also benefits your own wellbeing:

“If you succumb to the natural temptation to greet this anger with your own anger, you’ll just spend your days consumed by bitterness and revenge. You’ll be a worse person in all ways. If, on the other hand, you fight your natural fight instinct, your natural tendency to use the rhetoric of silencing, and instead regard this person as one who is, in his twisted way, bringing you gifts, then you’ll defeat a dark passion and replace it with a better passion. You’ll teach the world something about you by the way you listen. You may even learn something; a person doesn’t have to be right to teach you some of the ways you are wrong.”

Living in polarised times is reductive of who we are as human beings. When one aspect of our identity is disrespected or feels under attack, we tend to double-down on it – so our many affiliations get whittled down to just one. David Brooks suggests it’s important to hold on to our multiple attachments. We can, for instance, be both European and British, supportive of both Israeli and Palestinian aspirations. He calls this quality “equipoise”:

“This is the trait we should be looking for in leaders. It’s the ability to move gracefully through your identities – to have the passions, blessings and hurts of one balanced by the passions, blessings and hurts of several others. The person with equipoise doesn’t feel attachments less powerfully but weaves several deep allegiances into one symphony… Achieving balance is an aesthetic or poetic exercise, a matter of striking the different notes harmonically. Today rage and singularity is the approved woke response to the world – Donald Trump or Bernie Sanders. But you show me a person who can gracefully balance six fervent and unexpectedly diverse commitments, and that will be the one who is ready to lead in this new world.”

It should be evident from the foregoing that David Brooks is proposing an attitude to life, not just to politics. In fact, he’s clear that the paucity of our politics has its roots in how life in general has become so attenuated. We’ll only fix our politics by learning, individually and as a society, how to live better:

“Politics these days makes categorical demands on people. It demands that they remain in a state of febrile excitement caused by this or that scandal or hatred of the moment. But it doesn’t actually transform life or even fill the hole left by the lack of other attachments. If politics is going to get better we need better myths, unifying ones that are built on social equality. But we also need to put politics in its place. The excessive dependence on politics has to be displaced by the expulsive power of more important dependencies, whether family, friendship, neighborhood, community, faith or basic life creed. To be a moderate is to be at war with idolatry. It’s to believe that we become free as we multiply and balance our attachments. It’s to believe that our politics probably can’t be fixed by political means. It needs repair of the deeper communal bonds that politics rest on, and which political conflict cannot heal.”

David Brooks’ series is among the most reassuring journalism that I’ve read since British and American politics took their populist turn. The pieces contain no easy answers, not a single policy proposal to fill the vacuum at the centre. But in their insistence on a grounded state of eschewing certainty, of not knowing, the path towards an antidote to extremism begins to come into focus.