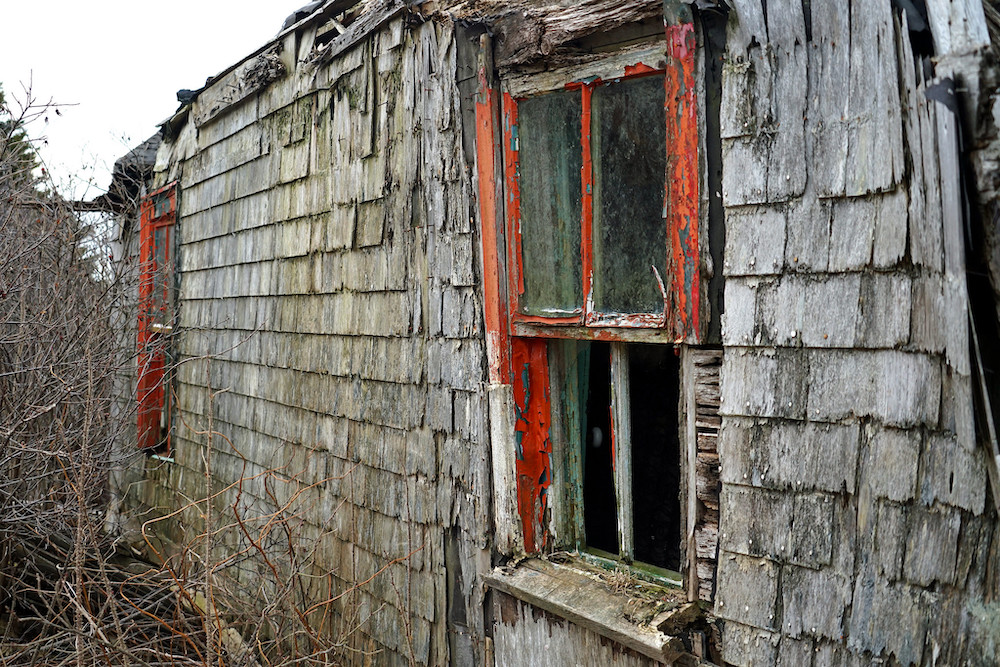 In the post-apocalypse world, twenty years later, organisation is at a much smaller scale and broadly coterminous with community. But it’s still central to human existence and it is difficult for individuals to thrive alone. We’re given to understand that there was considerable violence in the years immediately following the pandemic. But, somehow, groups of people manage to form sufficient bonds of trust to live in small, discrete settlements, each with its own ethos. Most live peaceably but they’re prey to tyrannical cults who can invade and overwhelm a village.

So the dynamics of leadership and power are very significant. Power derives from having sufficient food and resources to survive and being able to signal one’s ability and determination to see off hostile threats. People bear tattoos on their forearms which indicate the number of lives they have taken. But we see contrasting attitudes to violence: those who exercise it for oppressive purposes and those who find it repulsive to the core of their being but are nonetheless prepared to kill in order to protect and survive.

These contrasting attitudes are embodied by two group who have inherited contrasting cultural legacies from the old civilisation. One is a band of travelling artists who go from village to village performing Shakespeare and classical music (the deep truths of the classics proving more appealing to audiences than contemporary culture). They are led by a former military musician who has drilled them in moral codes and protocols for survival. The other is a religious sect, led by a prophet who has imbibed new age spiritualism and maintains that everything that happens does so for a reason. He views the plague as a divine culling of the impure, and his survival as marking his destiny to further the culling.

It is significant that, as a child when the pandemic strikes, the prophet’s main preoccupation is playing video games on his handheld console until the battery dies. He lives in an authored world and has no grounding as a child to be present to what is real around him; his mind is ill-equipped to accept the randomness of his existence. His nemesis, Kirsten, is one of the travelling artists who we see when the pandemic strikes as a child actor, prone to drawing and forging conversational relationships with adults. Rooted in creativity, she is more able to accept the reality of the new world and survive with her moral integrity intact.

Grim as the post-apocalyptic society is, it some respects it offers more grounds for optimism. People find meaning and honour in their work more readily than before the collapse. The travelling artists pursue their vocation with courage and bring succour to the communities they visit. Audiences gravitate to the deep truths they encounter in Shakespeare. In contrast, a performance of King Lear before the collapse is notable only because of the curiosity of showing Lear’s daughters as children before the main drama starts. The actor playing Lear is a successful film star, Arthur, whose life seems empty. One of his former wives, Miranda, works in the corporate sector; but her fulfilment is derived from her secret life as a graphic artist (the author of the Station Eleven comic that gives the novel its name). A character present in the audience as Arthur collapses of a heart attack is a trainee paramedic who had previously pursued a career as a paparazzi and celebrity journalist. He’s a drifter; his relationship with his girlfriend is failing. Later, we find him as a post-apocalypse village doctor with a wife and young child. He seems contented and respected. In an age of abundance, people are consumed by trivia. Stripped to its bare essentials, life seems to afford people more purpose.

This becomes explicit when the novel tackles the world of work head on. One of the survivors at the provincial airport, Clark, had been a leadership coach in his previous life who would compile 360-degree feedback reports based on interviews with people who worked with his clients. He establishes a museum of civilisation in the defunct business class departure lounge where he collects artefacts of the pre-collapse age such as iPhones and credit cards. He includes among the display a report that he had been writing on his flight. This is the springboard for a conversation between Clark and a former executive, Garrett, as Garrett reads the report twenty years later and reflects on the absurd language that was commonly used:

“Okay, so under ‘Communication,’ here’s the first comment, ‘He’s not good at cascading information down to staff.’ Was he a whitewater rafter, Clark? I’m just curious.“

“This one’s my other favourite. ‘He’s successful in interfacing with client’s, it’s low-hanging fruit. He takes a high-altitude view, but he doesn’t drill down to that level of granularity where we might actionize new opportunities.’”

Clark winced. “I remember that one. I think I may have had a minor stroke in the office when he said that.” …

“Did I ever tell you about my last phone call?” Garrett asked.

Garrett had had a wife and four-year-old twins in Halifax, but the last call he’d made was to his boss. The last words he’d spoken into a telephone were a bouquet of corporate clichés, seared horribly into memory. “Let’s touch base with Nancy,” he remembered saying, “and then we should reach out to Bob and circle back next week. I’ll shoot Larry an email.” Now he said the words “Circle back next week” under his breath, perhaps not consciously. He cleared his throat. “Why did we always say were going to shoot emails?”

“Why couldn’t we just say were going to send them? We were just pressing a button, were we not?”

“Not even a real button. A picture of a button on a screen.”

The triviality and emptiness of corporate life before the collapse contrasts with the visceral nature of existence after it. The pre-lapsarian media culture, fixated on celebrity gossip, is also seen to be threadbare compared with the efforts of an enterprising proto-publisher in the new world, whose labours to produce a newspaper that discusses real societal challenges represent hope for the re-emergence of civilisation.

Besides Shakespeare, another cultural inheritance from the old time for the survivors is Star Trek. The travelling artists have painted on one of their wagons a slogan from the show: “Survival is insufficient.” The sentiment perhaps speaks more to the human condition before the collapse than after. The vacuity of language points to a society on autopilot, simply reproducing the rituals of life; surviving but with no sense of purpose. For all its sophistication and advanced technology, its foundations had rotted away.

What shocks in Station Eleven is how easily and rapidly one can conceive of our civilisation coming to an end. What gives grounds for optimism are the shoots of its re-emergence. The novel ends with Clark noticing that a distant community has learned again how to generate electricity and is lighting up the night sky:

If there are again towns with streetlights, if there are symphonies and newspapers, then what else might this awakening world contain?”

In the world of Station Eleven, art and culture are what give meaning to life and prefigure the development of technology. Before the collapse, technology and advanced societal development had sidelined the values and meaning that art communicates. Before the collapse is the world we inhabit now. We plod on myopically, hoping against hope that somehow we’ll muddle through. Perhaps we need to take ourselves more seriously before our luck runs out.