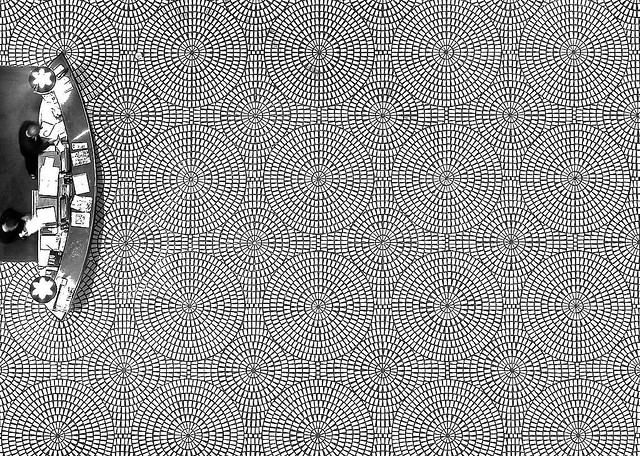 People are busy talking about being busy.

Take, for example, Oliver Burkeman, who has identified a new social malaise of busy-bragging. This seems to be a function of people’s need to derive status from how hard they are working.

I always try to bring scepticism to the idea of busyness as a status symbol. In my experience, when people complain of being too busy, they really don’t like it. But Lucy Kellaway has unearthed data that suggests we’re all busy overestimating how hard we work and it is precisely those who occupy high-status positions who are most prone to bigging up their busyness:

This is a strange state of affairs if you consider that, barely a century ago, it was leisured aristocrats who enjoyed high status. What has emerged since then is what the anthropologist David Graeber calls the phenomenon of bullshit jobs. John Maynard Keynes predicted that technological advances would so diminish society’s need for productive labour that, by the end of the 20th Century, we would all enjoy aristocratic standards of leisure time. Instead, as Graeber notes, our spare capacity has been corralled into new and useless forms of work:

“Over the course of the last century, the number of workers employed as domestic servants, in industry, and in the farm sector has collapsed dramatically. At the same time, ‘professional, managerial, clerical, sales, and service workers’ tripled, growing ‘from one-quarter to three-quarters of total employment.’ In other words, productive jobs have, just as predicted, been largely automated away… But rather than allowing a massive reduction of working hours to free the world’s population to pursue their own projects, pleasures, visions, and ideas, we have seen the ballooning not even so much of the ‘service’ sector as of the administrative sector, up to and including the creation of whole new industries like financial services or telemarketing, or the unprecedented expansion of sectors like corporate law, academic and health administration, human resources, and public relations. And these numbers do not even reflect on all those people whose job is to provide administrative, technical, or security support for these industries, or for that matter the whole host of ancillary industries (dog-washers, all-night pizza deliverymen) that only exist because everyone else is spending so much of their time working in all the other ones.”

And here’s the thing: Graeber insists that the occupants of bullshit jobs are all too aware of the vacuity of their employment. Perhaps the need to compensate for the emptiness is what drives the replacement of leisure with busyness as a source of status.

But while being busy might inflate one’s sense of status, in my experience there are many people who derive little enjoyment from it. Often, they are the unlucky recipients of demands that cascade from those at higher levels of authority or even from peers. They end up with excessive volumes of work because they are conscientious, are not good at saying no constructively and try to avoid conflict. Perhaps they’re also inhibited from pushing back by the cult of busyness itself. As Lucy Kellaway notes, “The long-hours delusions of macho workers have a bad effect on the rest of us. The more they claim to work around the clock, the more inadequate everyone else feels.”

The worst thing about being obliging in the face of demands on your time is that it’s utterly self-defeating. The more you prove that you’re a safe pair of hands who can be relied upon to deliver, the more the demands on you cascade. It’s really important therefore to have presence of mind when people are making requests of you. I once managed someone who had this down to a fine art. Whenever I attempted to add to his task list, he’d recite the assignments his team were already undertaking and ask me what I’d like them to stop doing. There is always, without exception, an opportunity cost to any responsibility you take on. I often advise people who readily accede to demands on their time to try to buy time before they do so, precisely so that they can think through these opportunity costs.

I’ve recently come across a discipline which helps cultivate the necessary presence of mind by coaxing you out of autopilot mode in order to be more cognisant of what you’re experiencing in your working day. Robyn Scott calls it the 30-second review:

“Immediately after every lecture, meeting, or any significant experience, take 30 seconds — no more, no less — to write down the most important points. If you always do just this… and even if you only do this, with no other revision, you will be okay.”

This is not, as Scott emphasises, to be confused with note-taking. I’m an inveterate note-taker but, having been experimenting with the the 30-second review, I find that it drags me away from the detail to enable me to grasp better the significance of events. The review is, Scott says, “an act of interpretation, prioritisation and decision-making.”

Scott was inducted into the 30-second discipline by someone she calls an “éminence grise of the business world.” He devised brands that are household names, writes speeches for CEOs and politicians and novels for fun. “But Google him, and you will find barely a ripple on the cyber seas.”

The 30-second review, it seems, might also be an antidote to busy-bragging.