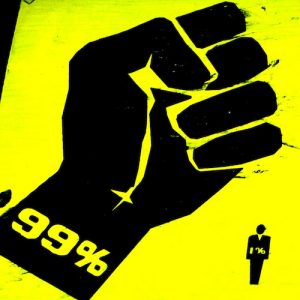 Lord Myners has spelled out in painful detail today just how dysfunctional is the Co-op’s modus operandi. But this is not intrinsic to the mutual ethos. As the John Lewis Partnership and the Nationwide Building Society demonstrate, it is entirely possible for a large business to be run well on mutual lines. If the Co-op ultimately fails, it would be a shame if this were to discredit the value of a more socially-minded business model.

Hutton’s piece quoted above is worth reading in full for his critique of the dead-end to which the shareholder value paradigm has brought us. He describes “gothic levels of irrationality” in the Co-op’s PLC-style “incentivisation” framework that awarded executives 100 per cent of their retention bonuses as they were being paid off to leave.

Such are the privileges extracted by an elite which has so lost its moorings that it cannot see how its excesses eat away at the fabric of the very society that supports it. To the wider public, though, it is self-evidently unsustainable to maintain such excesses while everyone else works increasingly hard for diminishing standards of living.

If something is self-evidently unsustainable, it won’t be sustained. The only questions are how long it will take for the status quo to give way, and what will replace it.

That a shift is undoubtedly under way is well-chronicled by the journalist, Paul Mason, who famously wrote a blog post that went viral with the title, Why it’s kicking off everywhere. Last October, he wrote a striking endorsement of a claim by the comedian, Russell Brand, that we would soon have a revolution:

“It won’t be a socialist revolution, nor even an anti-capitalist one in design. It will be something cultural – like the mass uprising of Turkish youth I saw in Taksim Square this year. A complete rejection of the corrupt and venal values of those who run society. In fact, as I’ve written before, it’s already going on.

“What’s driving it is the failure of the current model of capitalism to answer some basic questions: like where will the jobs come from if automation takes over our lives? Where will high wages come from if workers’ bargaining power is just repeatedly stamped down by the process of globalisation? How will this generation be secure in old age, if the pension system is shattered and we face half a century of boom-bust? … And it is not only Russell who thinks there’s going to be a revolution. Analysts at the Gartner group, an IT consultancy, recently issued this warning:

“‘By 2020, the labor reduction effect of digitization will cause social unrest and a quest for new economic models in several mature economies. A larger scale version of an “Occupy Wall Street”-type movement will begin by the end of 2014, indicating that social unrest will start to foster political debate.’”

Not only do we need alternative models of business – such as mutuals – to heal the disaffection caused by venal values, we need new models of leadership that can resuscitate dysfunctional corporations of all forms.

In the past, I’ve cited Robert Greenleaf’s model of “servant leadership”. But I’m increasingly drawn to the idea of “public leadership” advocated by Robert Phillips of Jericho Chambers. (Disclosure: we’re a member of Jericho’s progressive network.)

If “servant leadership” was a response to the demands of the bureaucratic era, “public leadership” specifies the leader’s calling in the networked age – to be citizen-centric and society-first, giving greater voice to employees and customers, putting them at the heart of how a business is organised and behaves:

“Public Leadership echoes the Aristotelian principle of virtuous leadership. It makes the case for the state (business state or political state) as an active polis: designed for the flourishing and wellbeing of all its citizens, not just the pursuit and protection of power and elites.

“It also challenges the market fundamentalism of the past thirty-five years which, to paraphrase Harvard Professor Michael Sandel, has drained public life of moral discourse and views the polis with thinly-veiled contempt. It re-affirms that there is such a thing as a society.

“Because Public Leadership speaks to the 99%, it heralds the fight-back of a new social democracy in the world of politics, business and brands. It is social because it is among and between the people; it is democracy because it enjoys the participation of us all.”

Public leadership is an attractive alternative to the ideology of managerialism. It’s also, as I see it, an alternative to revolution – requiring, as it does, an enlightened elite to recognise their interest in fostering an active polis. Time may be running out though, and the polis may just stir itself.