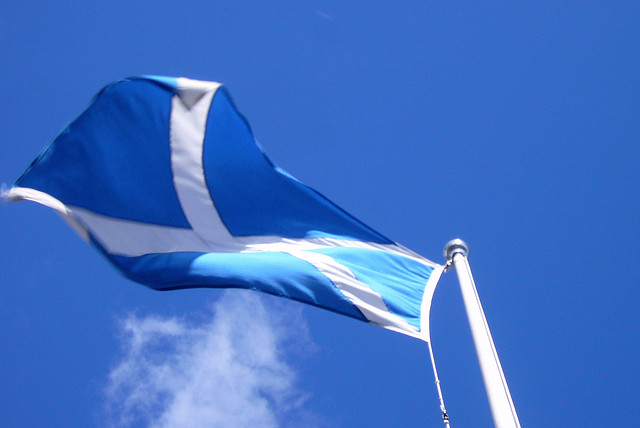 “[It] makes America’s historic Declaration of Independence look like a post-it note.” So wrote Joan Mc Alpine, Scottish National MSP for South Scotland in the Daily Record of last week’s Scottish Government white paper on independence. It says something for the debased nature of our public discourse that she did so without apparent irony. The Times, in its leader column, commended the Scottish Government for engaging with the future on “a more terrestrial basis”(£).

It goes without saying that something as momentous as Scottish secession needs to be considered in detail and the pros and the cons weighed up very carefully. To this extent, the Scottish Government’s White Paper is certainly ambitious in addressing some of the difficult questions, although it remains a matter of opinion as to how effective it is in doing so. What is remarkable though, is how lacking the debate is in any inspiring narrative. The Declaration of Independence may be a “post-it note” in comparison to the White Paper, but its second sentence (“We hold these truths to be self-evident, that all men are created equal…”) inspired – and continues to inspire – not just a nation, but countless millions in other nations for whom it is a ringing endorsement of inalienable human rights. This may not be sufficiently “terrestrial” for The Times, but it seems to have served the United States  well for the last two centuries or so as a statement about what it aspires to and what is good about it when it is at its best.

The lack of an inspiring narrative in the debate over Scottish independence was criticised by the Scottish businessman Sir Tom Hunter in an interview on Radio 4’s Today programme on Tuesday. Quite rightly, he saw this as a failure of leadership, which he described as the creation of an attractive vision that people want to follow, an affair as least as much of the heart as of the head, and as much to do with identity and purpose as anything else. He stressed that this was a failure on both sides. Where, he asked, was David Cameron in this debate? What picture did he have to paint of a future together that was compelling and worthwhile?

In the absence of such leadership we are left with a public discourse that becomes depressingly instrumental in nature and inevitably focuses on whether Scots will be better or worse off financially as a result of independence. It’s no surprise then, that many reported the highlight of the Scottish Government’s white paper as being its proposed extension of childcare provision. The Blair government’s love of “eye-catching initiatives” comes to mind. But this kind of thinking is all of a piece with the still dominant view in the world of business that men and women are motivated purely by personal gain. The business writer Gary Hamel points to evidence from across the globe that a large majority of employees feel disengaged from their work precisely because there is no sense of higher purpose about it. And yet we persist with a business culture that sees the bonus as the key to motivating employees, despite evidence to the contrary.

When it comes to matters of nationhood, the question of being better or worse off must surely come second to that of identity and purpose. I am reminded of when I was dispatched to Poland in 1989 to make a film for The Money Programme about the transition from communism to a market economy. After a month spent in the country, we were left in no doubt that the transition would be an extraordinarily painful one for many people. Despite that, we never encountered a single person who didn’t think this a price worth paying, such was their emotional attachment to a free and independent Poland. It would be a sad thing indeed if the people of Scotland were to end up making a choice between competing claims of economic benefit thanks to a failure on the part of their leaders to raise their own sights and those in whose name they presume to govern.

View all posts by Mark Wakefield