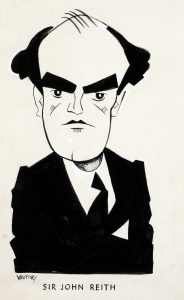 An interesting contribution along these lines has come from the writer, Kenan Malik, who makes a nuanced defence of the BBC:

“I am a great believer in the BBC and of what it stands for. Or rather of what it could and should stand for. To defend the BBC we need to do more than simply defend the institution. We need to defend the ideals of public service broadcasting. I would not wish to suggest that there was ever a ‘golden age’ of broadcasting or that Reithian ideals are in some way exemplary. And yet it is important to defend the idea of the public service broadcaster as an institution that is driven by the needs neither of the market nor of the state, but by a broader conception of broadcasting as a public good, to defend the idea of an institution whose raison d’être is to speak neither solely to a cultural elite nor to as wide an audience as possible, but to be simultaneously both elitist and universal, an institution that sees itself as shaping its audience as much as being shaped by it. There are many BBC programmes that rise, or attempt to rise, to that challenge. Indeed Newsnight, or at least Newsnight as it used to be, was one of them. But overall, the BBC has become uncertain as to what kind of institution it is, of what its mission should be. The fundamental problem with the BBC today is not its journalistic lapses, or its particular management structure, but that uncertainty about its ideals and about what it is to be a public service broadcaster.”

I’m struck that Malik identifies the core of the BBC’s value as lying in a subset of its current activities but that he also implies that public service broadcasting could amount to so much more than what is currently offered.

It’s interesting too that he envisages a need to sustain the BBC as an institution. This must be heartening to those attempting to lead it, who seem fixated on organisational survival. I humbly suggest however that their greater responsibility is to sustain the purpose of public service broadcasting.